Just as the British government has given formal notice to the stock exchange that it plans to privatise the Royal Mail and straight off the back of our recent Royal Mail - Cycles post, we were delighted to see these postcard images on the Missive Maven blog Postal Service is Public Service. 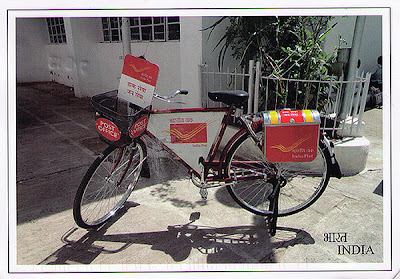 "...a 'postman bike' from India. The caption reads "Prototype of a postman bike bearing the new logo of India Post and its slogan in Hindi: 'Dak Seva, Jan Seva' meaning Postal Service is Public Service."

And this postcard, one of our own British postmen featured on the cover of a Ladybird 'Easy-reading' book. 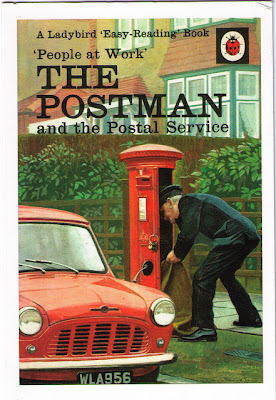 What also caught our attention was the way in which Missive Maven received these postcards. They arrived via Postcrossing which is something new to us.

What is Postcrossing? "It's a project that allows anyone to receive postcards (real ones, not electronic) from random places in the world." ... Read more.

What a great idea! We've just signed up. We'll keep you informed..!