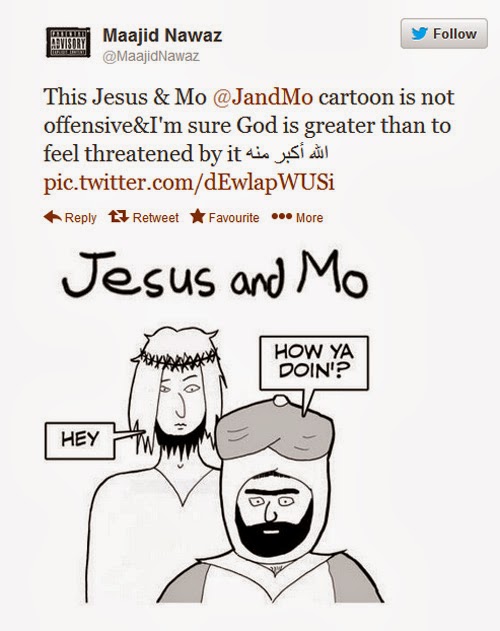 The free speech petition in support of Maajid would appear to have made some impact with the Lib Dem leader Nick Clegg:


"I very much recognise and respect that the visual depiction of the Prophet Muhammad is regarded as deeply offensive and distressing to you and many other Muslims in the UK and beyond. But I recognise too that there are also Muslims, including devout ones, who take a different view.

However, the Liberal Democrats are a party of respect, tolerance and individual liberty. We fundamentally believe in freedom of expression in an open, liberal and free society and therefore strongly defend Maajid’s right to express his views. Maajid was commenting on a recent BBC programme which covered this issue and wanted to make the point that as a Muslim he did not regard depiction of the Prophet Muhammad as being offensive.

It is my understanding that Maajid has made it clear that he therefore tweeted in order to contribute to a live debate rather than out of any intention to deliberately offend, and that his tweet reflects his genuinely and sincerely held religious views. I hope that those who take a different view would respect his right and sincerity in doing so. I’m sure it goes without saying that the death threats and threats of violence Maajid has received are totally unacceptable, and I’m sure you will join me in whole-heartedly condemning them."


The Jesus & Mo author also had this to say: 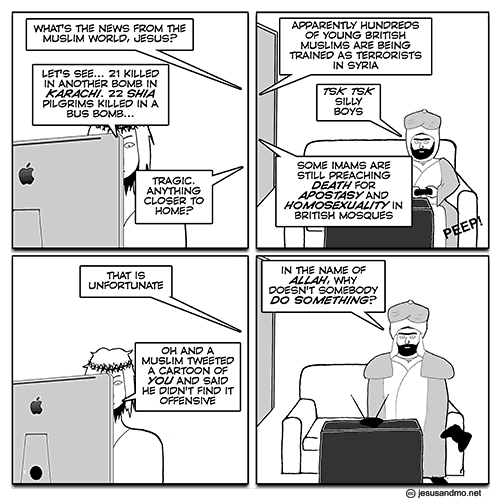