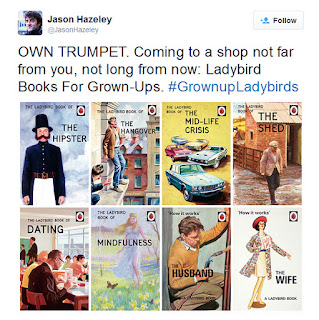 "A series of adult tongue-in-cheek Ladybird books by the co-writers of TV's Miranda, with titles such as The Shed and The Husband, are to be published.

The eight books have been written by Jason Hazeley and Joel Morris, who have also written for comedy shows That Mitchell and Webb Look.

The titles include The Shed, The Wife, The Husband, The Hangover, Mindfulness, Dating and The Hipster.

Brooker said: "This is such a good idea I'm currently experiencing all the physical sensations of anger because I didn't think of it, whereas Jason and Joel did." 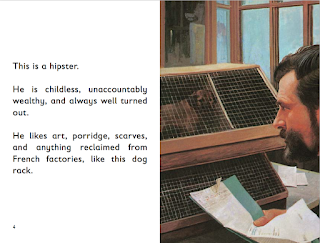