Pat gets seduced by the lure of fame and fortune. 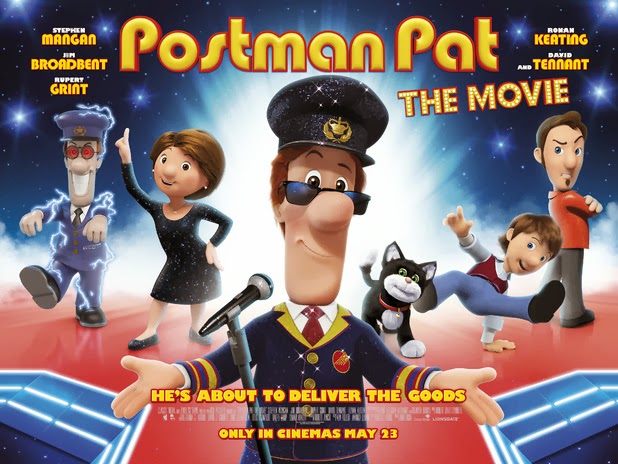 "The 3D animated film will see Stephen Mangan voice the beloved cartoon character as he enters a TV talent show competition. Ronan Keating will provide the singing voice for Pat.

Speaking to Digital Spy at the recent Sky Arts South Bank Awards, Mangan admitted that he hopes the movie will take Pat to "the dark side".

"What can I say about Postman Pat?" he said. "One of the most iconic cartoon characters ever, and also one of the nicest.

"Being nice for an hour and a half is not that interesting, so we take Pat to the dark side. He gets seduced by the lure of fame and fortune.

"He even falls out with Jess. That's all I'm saying, don't tell the kids!"

David Tennant, Jim Broadbent and Rupert Grint also feature in the voice cast for Postman Pat: The Movie, which will be released in UK cinemas on May 23."