The Englishman Who Posted Himself and Other Curious Objects

Come on, let's get creative people..! 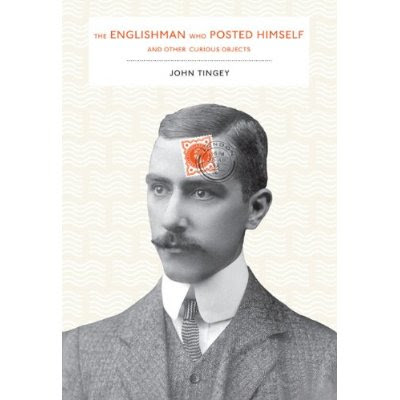 "W. Reginald Bray (1879-1939) was an avid collector who amassed stamps, postmarks, train tickets, and girlfriends, and who, after reading the entire British Post Office Guide, impishly determined to take the rules as challenges. He tried posting an unimaginable array of things, to see whether the post office would deliver them. Apparently, at the time, the smallest item that could be posted was a bee, and the largest an elephant. Bray seems to have tried most things in between. At one point or another, he mailed a bowler hat, a rabbit skull (the address spelled out on the nasal bone, and the stamps pasted to the back), a purse, a slipper, a clothes brush, seaweed, shirt collars, a penny, a turnip (address and message carved into the durable tuber), an Irish Terrier, and a pipe, among other curios.
Perhaps most remarkably, he posted himself, becoming the first man to send a human through the mail in 1900, and then, through registered mail, in 1903. Tingey’s book includes a picture of Bray being delivered to his own doorstep—presumably the sort of package likely to please the lady of the house.
And Bray did not stop there. He sent postcards crocheted by his mother. He made out address fields in cryptic verse, or to the inhabitants of empty caves, or describing only the latitude and longitude of the destination, or with a picture of the location to which the article was meant to be delivered (see, in the slideshow below, the postcard made out to “The Resident Nearest This Rock,” for example). He threw messages into bottles and solicited the world’s largest collection of autographs, including ones from Gary Cooper and Laurence Olivier, Charlie Chaplain and Maurice Chevalier."
Source: The New Yorker
Book available from: Amazon (UK)
Posted by Cool Cards at 17:55
Email ThisBlogThis!Share to TwitterShare to FacebookShare to Pinterest